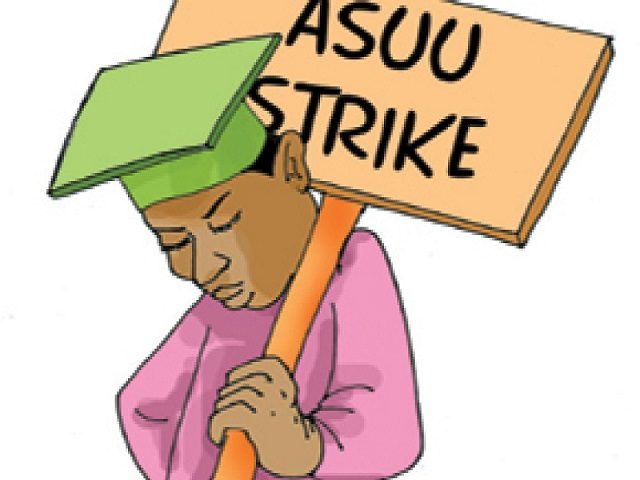 The Minister of Education, Mallam Adamu Adamu, yesterday said that the strike action embarked upon by the Academic Staff Union of Universities (ASUU), may end in two days.
He disclosed this during an interview with newsmen. According to him, the present administration has a policy of engaging unions, including ASUU.
“I hope and believe that this would be a one or two days strike. We have a policy of engaging the unions, including ASUU and I think now we are very serious.
“This is the first time in two years that ASUU is declaring a strike,” Adamu said.
It was also learnt that the Minister also held a closed-door meeting with the leader of the Federal Government Renegotiation Team, Dr. B. O Babalakin (SAN).
Babalakin had in January, inaugurated the 16-member team to renegotiate the 2009 agreement between the FG and ASUU .
NOTE:- if you are having problems downloading via your android device, hold on the download button and select "SAVE LINK" Or use another phone browser, for problems downloading via PC/Laptop simply right click the download button and select "SAVE LINK AS".

Title : ASUU Strike May End In Two Days – Minister Of Education Reveals
Description : The Minister of Education, Mallam Adamu Adamu, yesterday said that the strike action embarked upon by the Academic Staff Union of Universit...
Rating : 5