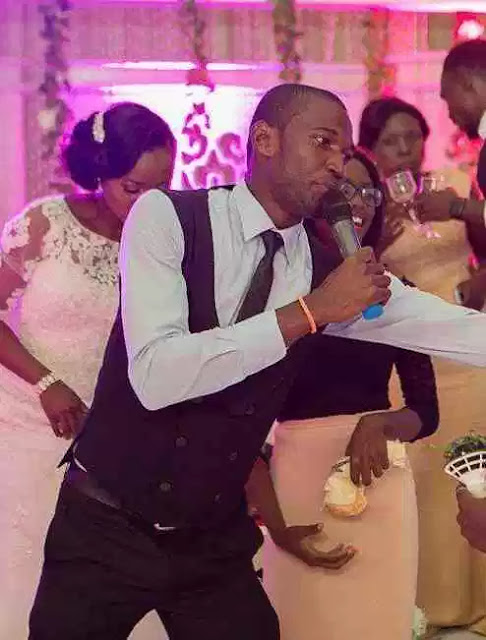 Barely hours after attending IK show yesterday, a Nigerian MC Chinedu Paul was lynched to death.
He was mistaken for a Badoo member and burnt to death
in Ikorodu, Lagos alongside two others. We earlier reported the death by during of three suspects in the vicinity.
His friend wrote on Facebook ;
He was still at the IK Show yesterday and we still chatted a day before the horrible incident… Oh how I wish I had told him not to attend the show. We have to say NO to JUNGLE JUSTICE no matter how terrible the case may be cus we(Nigerians) have lost so many innocent lives and THINKTWICE is one of them… Rest On Bro. God gat you
See his last post on Facebook. 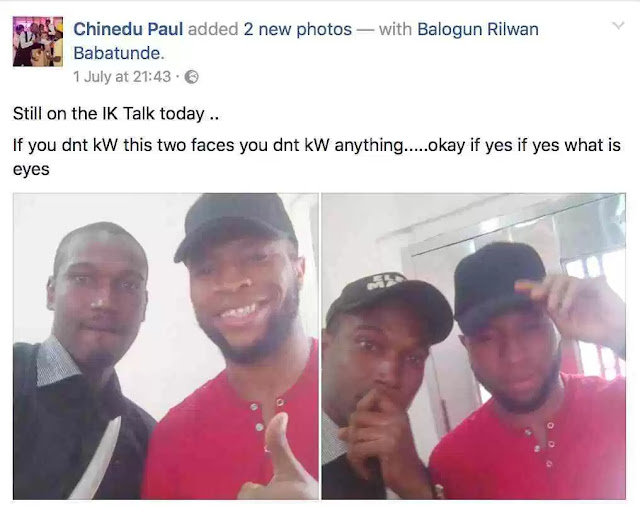 Friends are pouring in their condolences and disbelief. 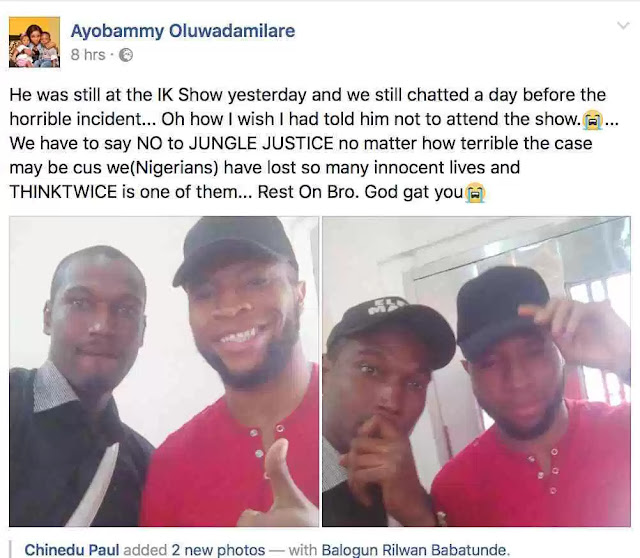 Sources revealed that Chinedu’s car broke down at Odogunyan area of recent, and then he went at midnight with two others, to tow his car from the Odogunyan area, when they were accosted by an angry mob..
Apparently, the mob claimed they found Engine Oil, Cutlass and a grinding stone in the car.. and they descended on them.
More details soon.
NOTE:- if you are having problems downloading via your android device, hold on the download button and select "SAVE LINK" Or use another phone browser, for problems downloading via PC/Laptop simply right click the download button and select "SAVE LINK AS".

Title : Nigerian MC, Chinedu Paul, Mistaken For A Badoo Member, Burnt To Death In Ikorodu
Description : Barely hours after attending IK show yesterday, a Nigerian MC Chinedu Paul was lynched to death. He was mistaken for a Badoo member and bu...
Rating : 5

0 Response to "Nigerian MC, Chinedu Paul, Mistaken For A Badoo Member, Burnt To Death In Ikorodu"