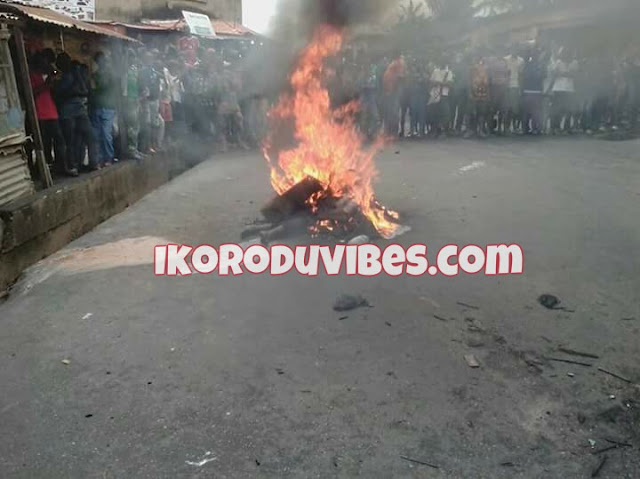 If you don't have a Brave Mind and Courage, please just read the Caption and leave the Pictures, especially the Video.
An Anonymous Source who described himself as an Eye witness told us that this woman who will be in her late 40s was suspected to be a kidnapper, when a man selling meat and an Aboki selling fruits at Allinson Junction, close to United High School, ikorodu noticed a woman acting like a mad person, suddenly goes to a corner to receive a phone call.
They immediately approached her for questioning, and she couldn't defend herself, before they too could realize, people have gathered around them.
They took her to the nearest Onyabo (Local Vigilante)'s Office on CAC Road, very close to the area where she was caught.
On getting there, she was interrogated by the Deputy Chairman of the Onyabo, that's where they found out that she had an iPhone 7, a Juju Ring and a list that contains descriptions of children (age range, prices and heights) in her bag.
She confessed that she came from Isolo Lagos, and she didn't come alone, that others have fled immediately she was caught.
The Vigilantes called the police to take the suspect away, but before then police arrived, angry mobs are already calling for her head, they were demanding for Jungle Justice on her, as the Vigilantes couldn't handle the crowd, they took it upon themselves to take her to the police station.
But unfortunately, the crowd were too many for them to control and the suspect was hijacked, although the police arrived before she was lynched, but we were told that even the police couldn't control the crowd, they just collected her iPhone, that they need to get classified information from it, like the number she was calling before she was caught.
She was later beaten and burnt to death with her bag containing the list and Juju Ring. 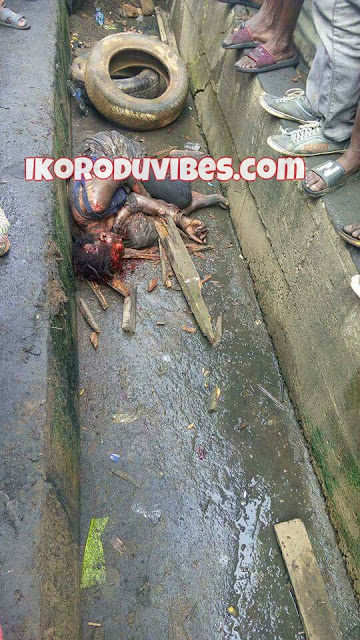 Title : Ikorodu News! Another Female Kidnapper Nabbed in Allinson Ikorodu, Burnt To Death By Angry Mobs (Photos + Video)
Description : If you don't have a Brave Mind and Courage, please just read the Caption and leave the Pictures, especially the Video. An Anonymous So...
Rating : 5