I Have No Regret Retiring Politicaly-Exposed Officers – Obasanjo


FORMER President, Chief Olusegun Obasanjo, yesterday, explained that he fired military officers exposed to politics when he held sway as President in order to prevent coup in the country. 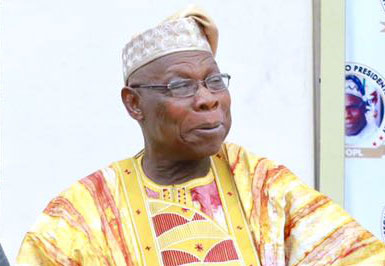 Chief Olusegun Obasanjo
Therefore, the ex-President said he had no apology to offer to anyone for his action, saying it was in the nation’s interest.
This came as former Military Head of State, General Yakubu Gowon, said the military was not trained to take over constitutional power, describing the incursion of the military into power through the January 15,1966 coup as the greatest tragedy of the country.
Also, Acting President, Prof.Yemi Osinbajo, blamed the removal of History subject from the nation’s school curriculum on faulty leadership, saying the development impacted negatively on students as it denied them the opportunity to know their past, present and future.
The trio spoke in Abuja at a public presentation of a book written in honour of the country’s first Nigerian Army Regular Combatant, late Brigadier Zakariya Maimalari.
Serving and retired military officers as well as eminent Nigerians gathered at the launch of the book, The First Regular Combatant, Brigadier Zakariya Maimalari, the Borno-born former military instructor killed in the January 15, 1966 coup, led by Major Chukwuma Kaduna Nzeogu.
Obasanjo, after special recognition to the son, Lt. Colonel Mai Maimalari (retd), who is former military administrator of Jigawa State, insisted that the decision to retire politically-exposed military officers was largely informed by the need to prevent a recurrence of the incident that led to the death of Brigadier Maimalari and others.
He said: “I have no apology but I have an explanation. It is because it’s necessary to stop the sort of things that took the life of your father prematurely, so I had to take this decision. All those that had tasted power as soldiers should never have done so.
“We eased them out so that we can have an army that will be completely free from political aberration. And since 1999, I think we seem to have got it right. Let us hope that we will continue to get it right and learn the right lessons that Nigeria has had enough bloodshed.
“Nigeria has had enough sacrifices that those victims and Nigeria deserve peace, unity and progress and may the sacrifices of the likes of Brigadier Zakariya Maimalari be sufficient to give this country peace development, unity and progress,” he said.
Osinbajo blames removal of History subject on faulty leadership
In his speech , Acting President,Prof.Yemi Osinbajo, while paying glowing tribute to the fallen hero, said the late Maimalari was a rare product the country had ever produced.
He said: “Brigadier Maimalari’s significance extends beyond the manner of his death, for he was a professional of great worth and integrity; attributes uncommon in these days.
“It is these qualities that ensured he stood head and shoulder above his time. Brigadier Maimalari is an icon and a national hero, who deserves to be widely and more commonly acknowledged.”
Regretting that Maimalari was killed at just 34 years of age, the Acting President said: “Yet, considering the place in history he had forged for himself, he seems to be living for eternity. Every few years, the subject of Maimalari and his times come to the fore of public discourse in Nigeria and beyond.”
Osinbajo, who was represented by Minister of Water Resources, Alhaji Suleiman Adamu, spoke further: “History as a subject in our schools has become fairly infamous, with students often feeling that the subject has no practical value.
“Yet, without a grounding in history, how do we know who we are? Where we come from? and more importantly, as people, where we are going to?
“We have been concerned, as a government, with the decline in the creation and study of history and this has seen us recover History from the place where it has been ignored for far too long and placed it back firmly in the school curriculum.
“Often, the Nigerian landscape has been disfigured by appalling examples of poor leadership and bad governance.
“So dominant has been that our youths can be misled into feeling that there is no total absence of idealism and heroism in our society. Yet, nothing can be further from the truth.
Military not trained to take over power — Gowon
Chairman of the occasion and former Military Head of State, General Yakubu Gowon (retd), described the late Brigadier Zakariya Maimalari as a loyal, patriotic, efficient and inspirational officer, who put his best in the service of the nation.
Speaking on the coup that saw the death of Maimalari, Gowon said: “For some and many of us, the greatest tragedy of that gruesome night was not only that it took the lives of so many political military leadership, innocent Nigerians including that of Brigadier Maimalari. But it also took the lives of unambitious political and apolitical military officers.
“We are not supposed to stage coups and take over government, that is not hitherto our training.”
Earlier in his remarks, book reviewer and former Military Secretary, Major General Ike Nwachukwu, extolled the qualities of the late officer, describing him as his mentor and “an officer with a commendable character.”
NOTE:- if you are having problems downloading via your android device, hold on the download button and select "SAVE LINK" Or use another phone browser, for problems downloading via PC/Laptop simply right click the download button and select "SAVE LINK AS".