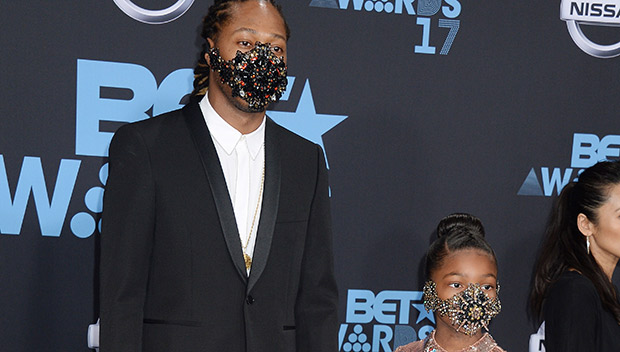 Mask off? Nope – mask on! Future and his 8-year-old daughter, Londyn Wilburn, hit the red carpet of the 2017 BET Awards in blinged-out masks, leaving fans confused by the unusual fashion choice.
“Mask Off” might be one of the hottest hip-hop tracks of 2017, but Future, 33, took his hit song to the next level at the BET Awards. Right before the June 25 event, he escorted his daughter, Londyn Wilburn, 8, down the red carpet. Both daddy and daughter looked phenomenal – and incredibly weird! Why? Future and Londyn rocked these glittery, metallic masks that hid their faces from the world. It was definitely a bold choice, though not everyone thought this facial accessory was fashion-forward.
In fact, most everyone thought that Future was doing his best Bane from The Dark Knight Rises. The half-mask certainly seemed like the one Tom Hardy , 39, wore when his character broke Christian Bale ’s Batman. “Future at the BET Awards, ready to hold Gotham hostage,” Twitter user @Schmidt tweeted. That is hilarious. Though, if Future is Bane — who’s the BET’s Batman? Birdman ? Or is that a different hero?
Now, it seems a little too obvious that Future, who’s scheduled to perform at the BET Awards, put this mask on so he could take it off when he performs “Mask Off” (assuming he’s going to perform that song.) Yet , many were still puzzled as to why he was wearing the glittery thing on the red carpet. Other fans felt kind of bad that Future’s daughter (who had with India J,
according to Heavy.com) had to wear a matching mask. Some people were actually surprised to find out that Future had a daughter. FYI – he reportedly has four kids: son Jakory with Brittini Mealy ; son Future Zahir with his Ciara; and another son with Jessica Smith 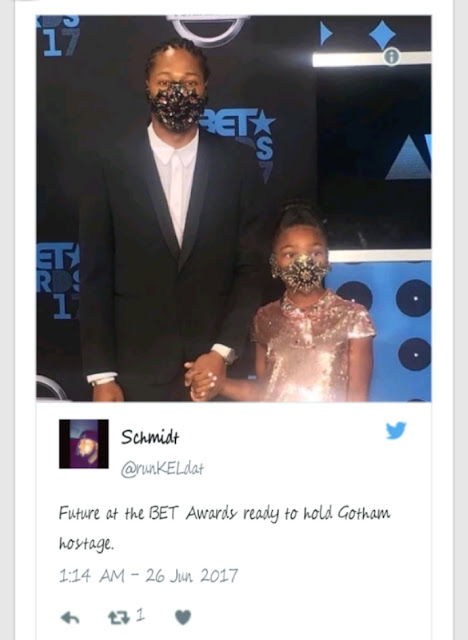 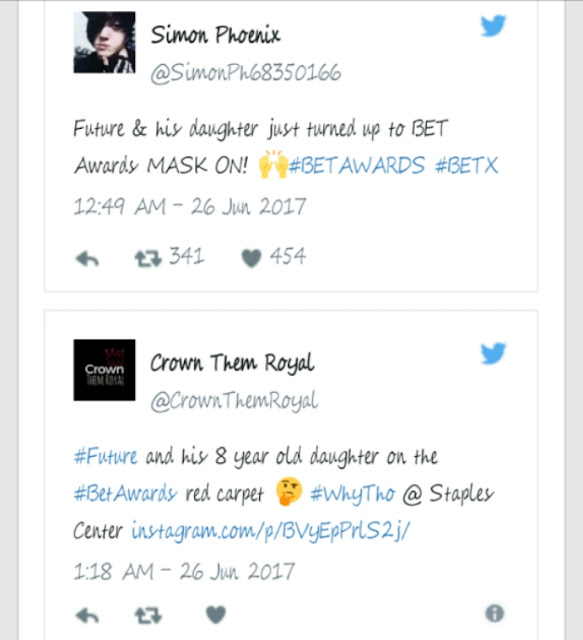