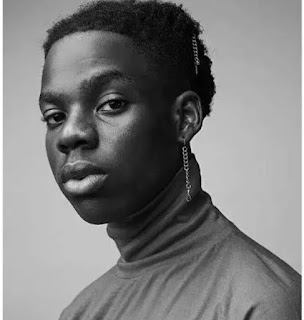 Mavin Records boss, Don Jazzy, has revealed that his new artistes, Rema, was discovered on Instagram after he did a freestyle of a Mavin song, Gucci Gang.

Don jazzy revealed this in his recent interview with the Loose Talk Podcast when he was asked how he discovered Rema.

The CEO of Mavin records stated that;

It’s simple, on Instagram, the Prince put out a song, Gucci gang featuring myself and David and the young man did a freestyle to it and tagged us. That’s how everybody finds every artiste. That’s where anybody that signed any artiste finds them. On Instagram. Tag any artiste, if the person is feeling you… you’ll blow straight up”


On where Rema was based, Don Jazzy revealed he was based in Benin and brought to Lagos by DPrince who went to pick him by himself.

Prince just saw him and was like “Yo I like this guy” and he went to Benin to go and get him. He did not send ticket o, he went there to go and get him by himself. He spoke to his mother… you people are thinking he came from the abroad… in my experience, the people that actually even have that American flow or sound American, most of them have not left here(Nigeria).


So according to Don Jazzy, the Dumebi singer has never left Nigeria before Mavin Records and all his styles are as a result of packaging.

Title : “We Discovered Rema On Instagram …” – Don Jazzy Reveals
Description : Rema Mavin Records boss, Don Jazzy, has revealed that his new artistes, Rema, was discovered on Instagram after he did a freestyle of a...
Rating : 5

0 Response to "“We Discovered Rema On Instagram …” – Don Jazzy Reveals"