Naira Marley: Why I shot ‘Am I a Yahoo Boy’ video – TG Omori Reveals 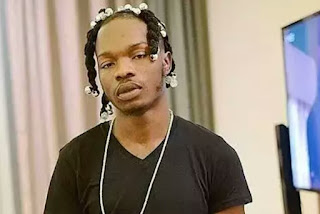 ThankGod Omori, the director of Naira Marley’s controversial video, ‘Am I a Yahoo Boy,’ has revealed why he accepted to go ahead with the controversial shoot despite public outcry.

“The whole idea behind the video was to give a visual representation that my client is just trying to clear the air that he is not a fraudster,” the 24-year-old videographer told  newsmen on Friday.

TG Omori also revealed how he was approached for the job.

“I woke up to an Instagram Direct Message from Naira Marley four days before the video shoot asking “AM I A YAHOO BOY? Lol”. I replied with a laughing emoji and he asked for my WhatsApp contact. Then he sent the song asking for a video direction.

“Considering the controversy behind the song and all, it wasn’t really so crazy to crack out an idea for it because basically, all the song was talking about is him trying to clear the air that he is not a fraudster.”

TG Omori, who hails from Cross-River State, said the video was shot in three days and he had to improvise to get it done.

Palitomedia broke the news of Naira Marley’s arrest by the Economic and Financial Crimes Commission (EFCC) in the early hours of Friday.

The EFCC spokesman, Toni Orilade, also confirmed the arrest of the popular singer alongside other persons in relation to alleged advance fee scam and related cybercrimes.

Meanwhile, two popular musicians, Olamide and Davido, have risen to Naira Marley’s defense by soliciting for his release.

Marley, some days ago, called on Nigerians to pray for Yahoo boys rather than condemning them.

In a viral video, he said Yahoo boys are the reason why money circulates to the common man.

The video has since stirred reactions from Nigerians who described Marley as a disgrace and bad example to young Nigerians.

However, a few Nigerians have supported Marley, saying that Yahoo boys are the reason some Nigerians can eat and survive.

0 Response to "Naira Marley: Why I shot ‘Am I a Yahoo Boy’ video – TG Omori Reveals"