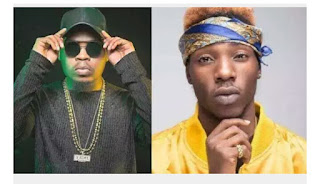 Davolee who was reported to have left YBNL for has come out to clear the air that although he did sign a new contract with New Nation Music, he didn’t leave YBNL as he was never signed to the label.

According to Davolee, being in YBNL was as a result of Olamide trying to give his talent a platform to grow. He said

“What many people don’t know is that I don’t have a contract with YBNL. There was never a contract. This is Olamide seeing a young boy on the street, putting him on, saying people need to listen to this boy, so let’s use this platform for him. So it not me signing under YBNL… I feel it is time for me to step up my game, going out there, looking for the best thing for me. Because at the end of the day, as an artiste in this our generation, you can’t just stay within yourself. So it not me departing from YBNL.


Speaking on the post which he later took down on calling his new label his new family, he said the message was not perceived the way he intended

I can probably say new family doesn’t mean I’m leaving the old family. So that’s it, they got the wrong message.

Speaking on how significant Olamide’s input in his career is to hi,m getting this new record deal, Davolee said;


That said, the rapper and singer admitted that Olamide has been very helpful in the growth of his career and craft.

Speaking on things he has learnt in his three years in the industry, Davolee said over-familiarity which he calls “see finish” is very dangerous and nobody should place themselves in a level that they’re too familiar with people they’re leading.

Title : “I Was Never Signed To YBNL…” Davolee Finally Sets Record Straight
Description : Olamide and Davolee Davolee who was reported to have left YBNL for has come out to clear the air that although he did sign a new contra...
Rating : 5