Strike: Many Nigerian Students May Not Vote As ASUU Plans Big Announcement 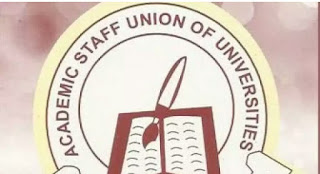 It appears the ongoing industrial embarked on by the by the Academic Staff Union of Universities (ASUU) may affect the turnout for the forthcoming general elections as more than one million students of federal and state universities across the country may not vote.

This is because a huge number of university students across the country, who registered to vote in their various institutions, may not have the opportunity to exercise their political rights during the polls due to the ongoing industrial action.

It is believed that most students registered to vote within the premises of their institutions but due to the ongoing strike, hostels are currently under lock and keys; as many of them are currently at home.

While private universities are currently in session, a survey by the National Universities Commission (NUC) early showed that they only account for a low per cent of the students’ population in the country’s university system.

ASUU had embarked on strike on November 4, 2018, following the refusal of the Federal Government to implement three areas in the Memorandum of Action it signed with the union on September 14, 2017.

The union lamented the Government’s failure to carry out the forensic audit of the earned academic allowances of the lecturers since 2017 and the payment of N20billion out of an agreed N220billion annually as well as underfunding of the public universities.

However, the Federal Government on Sunday, February 3, released N16.8 billion to settle outstanding salary arrears of staff in the country’s tertiary institutions.

Malam Adamu Adamu, Minister of Education, who said this during the “Sixth Edition of the Ministerial Press Briefing’’ in Abuja, said that disbursement was ongoing through the Office of the Accountant General of the Federation.

According to him, the government had resolved all issues and await the academic unions to also call off their strike in the coming days, especially ASUU and ASUP.

Following the development, many had thought the union had immediately called off its ongoing strike.

However, the union dismissed the rumour but stated that its response to the delegation of the Minster of Labour and Employment, Chris Ngige will be made available on Thursday, 7th February 2019.

Taking to its official Twitter account, it wrote: “We pray it remains so after the union calls off this industrial action. Meanwhile, ignore any announcements as to calling off the strike today. Our response to the delegation of will be made available on Thursday, 7th February 2019.”

Title : Strike: Many Nigerian Students May Not Vote As ASUU Plans Big Announcement
Description : It appears the ongoing industrial embarked on by the by the Academic Staff Union of Universities (ASUU) may affect the turnout for the fo...
Rating : 5

0 Response to "Strike: Many Nigerian Students May Not Vote As ASUU Plans Big Announcement"