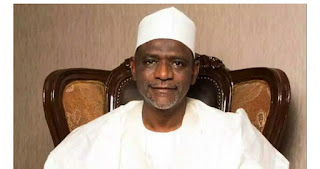 The National Association of Nigerian Students (NANS) Zone B has called for the sack of the Minister for Education, Mallam Adamu Adamu, for his “complacency and ineptitude” in handling the lingering face-off between the Federal Government and University teachers.

The student group made the call during a meeting it held recently at the University of Benin, Benin city.

In a statement signed by the Chairman of its Edo State Chapter, Comrade Osemudiamen Ogbidi; State Secretary General, Comr. Praise Ebuzome; and Director of Information, Comr. Alari-Enoma Edosa, NANS condemned the Federal Government’s insensibility to the plight of Nigerian students over the lingering strike by the Academic Staff Union of Universities (ASUU).

NANS also highlighted the following resolutions and demands: “That the Government of Edo State, as a matter of urgency, should revisit the issues surrounding the continuous shut down of our prestigious one and only College of Education in Edo South and also repeal the law to make it a University.”

The NANS state chapter also announced the setting up of a five-man committee, under the Chairmanship of Comrade Ebuzome, which will do an indepth investigation, both from the students, staff and community members, over the shutdown of the College in the past two years.

“That the one and only prestigious College of Agriculture in Edo State and South-South be opened without further delay; and that both the old and new students and staff are disappointed at the poor attention the State Government is paying to the plight of the College. The students lamented that the nation’s quest for food sufficiency will be progressing in error and that the State Government’s programme of Fostering Agricultural Revolutionary Movement (FARM) would be in jeopardy without the revamping of the College.

“We are passing a vote of confidence on all faithful members of the Academic Staff Union of Universities (ASUU). Therefore, all Nigerian students must show overwhelming solidarity to the University teachers over their ongoing strike.

The students also called on new State Commissioner of Police to, as a matter of necessary, put an end to the unlawful arrest of citizens by men of the police force, adding that security and protection of life and property is a priority that must be held strongly.

Part of their resolutions also included “that the Federal Government should create employment, strengthen the Naira via export and reduce poverty rate especially among the teeming Nigerian youths that make up over 60 per cent of our population, and should explore the potential in Agriculture.”